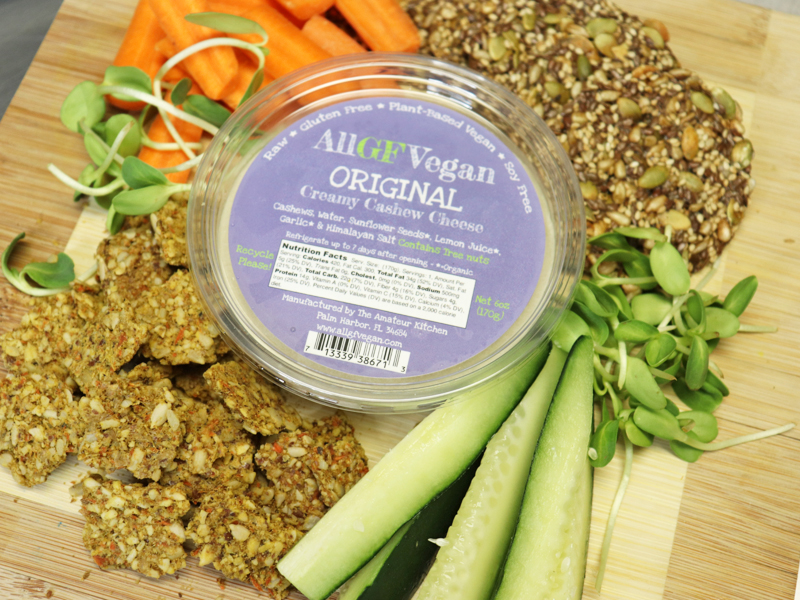 All GF Vegan is a line of plant-based vegan, raw, gluten free and soy free products locally-made in Palm Harbor, FL. Deana, owner and founder of All GF Vegan, was diagnosed with the autoimmune disease Hashimoto in 2013. Then, she discovered that by simply altering her diet, it drastically improved her overall health. Removing items like gluten and dairy seemed challenging at the time, since the few options available at stores were highly processed and significantly lacking in flavor.

How All GF Vegan Started

Deana decided to take matters into her own hands and started creating foods within her new dietary guidelines and made them taste like the foods she missed most. First, she started with legume free hummus and cashew based cheesecakes, then branched into making cashew based creamy cheeses, walnut-based crumbles and more.

“The whole concept is for us to make these foods from natural ingredients in their raw state, nothing processed. So, we use seasoning, produce, nuts and seeds and turn those into the things that we miss!” 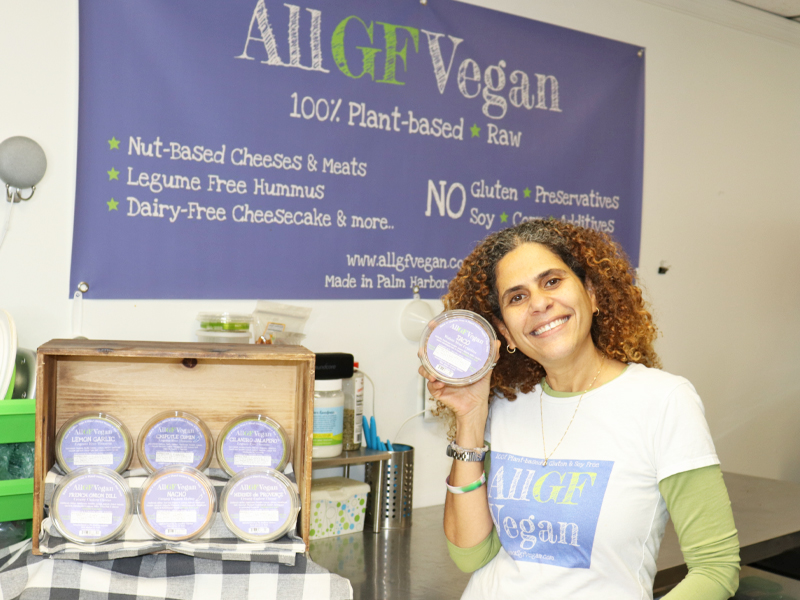 There are three varieties of walnut-based “meat” crumbles, four cashew-based creamy cheeses, four of the legume-free hummus, three flavors of cashew-based cheesecakes and more. The items can be consumed as is, or used to create some spectacular plant-based dishes. 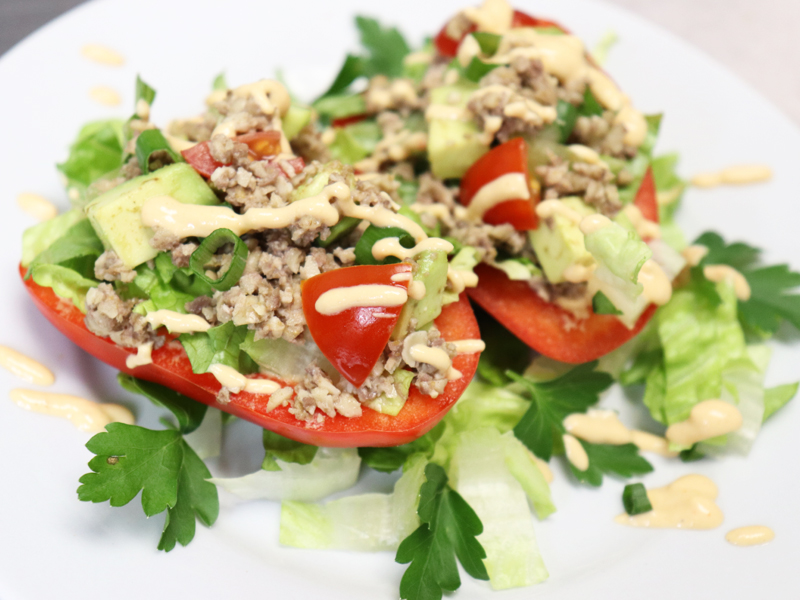 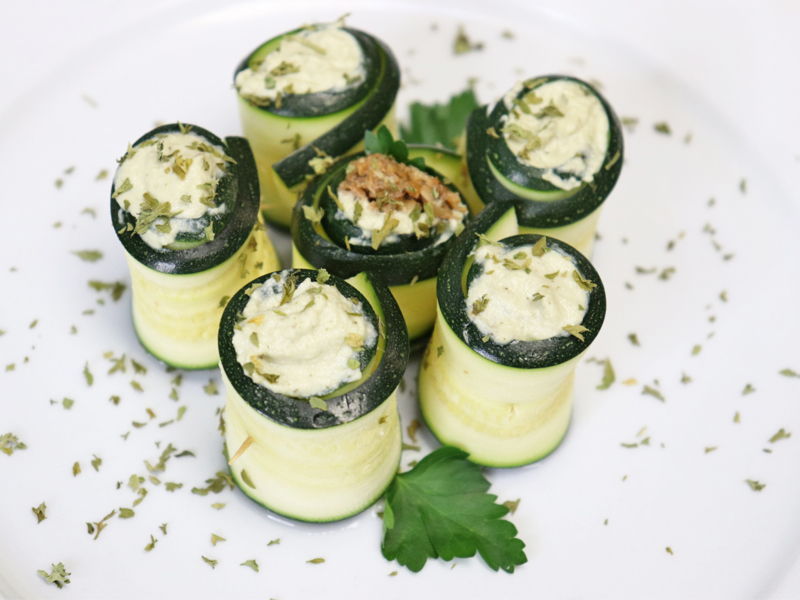 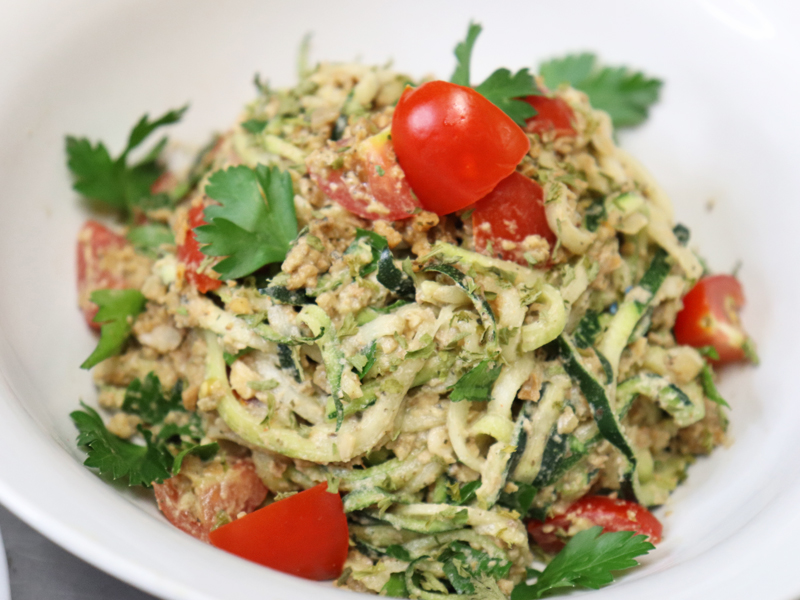 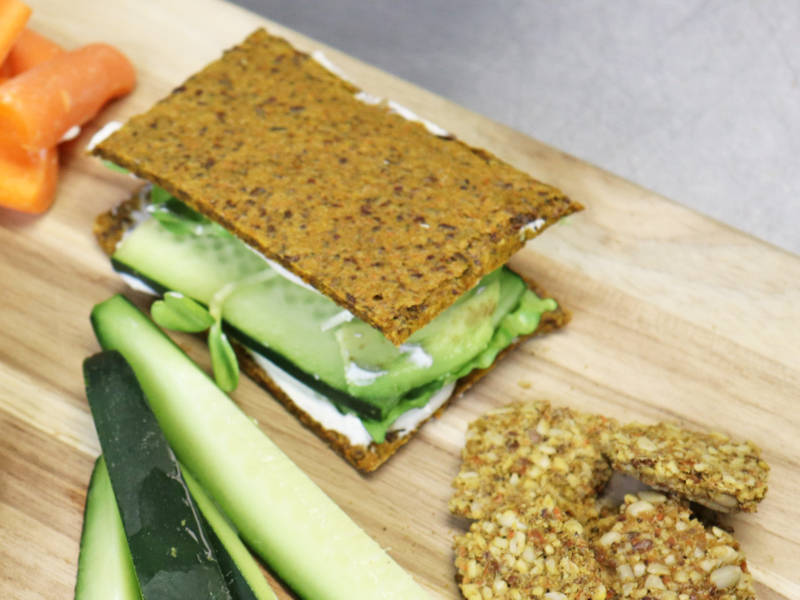