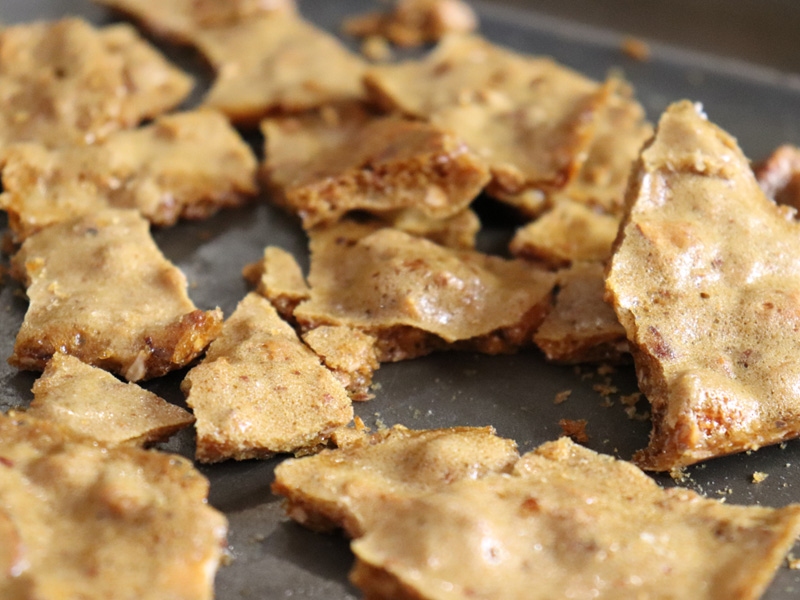 Psalms’ Gourmet Brittle is locally made by Psalms Mack in St. Petersburg, FL. It first started as a hobby, making the brittle year after year for Christmas gifts. When the holiday season came to an end, Psalms and Carlton found people still asking about her brittle. With the encouragement from her son, Psalms decided to go into business selling her highly requested brittle.

Carlton was in college in Atlanta when he became homesick for his mother’s brittle. He bought some at a store and when he tasted it, he was taken aback by how hard and chewy it was. The only brittle he was accustomed to was his mother’s homemade brittle. Psalms’ brittle was lighter, crispier and easier on the teeth. That is when he knew that his mom’s brittle was something extra special.

Not Just Any Brittle

Growing up with the brittle in the house and having it so accessible, I just always thought that all brittle tastes like this and was a light, crispy texture. So, I was alarmed by how hard and how chewy the store-bought brittle was. I was really reminded about how special my mother’s brittle was. I just remember giving people samples and they would say “Oh, this is brittle? I like it, but I don’t really want to have to chew it,” and I would just say, “Just try it, it’s different.” Literally when people would put it in their mouth you would see them brace themselves for the bite! And when they bit into it, they would comment “Did this just happen? Did I just bite into a piece of brittle and not feel like I was biting through a piece of wood?!” That’s when I was 100% convinced that my mom created a special product. – Carlton 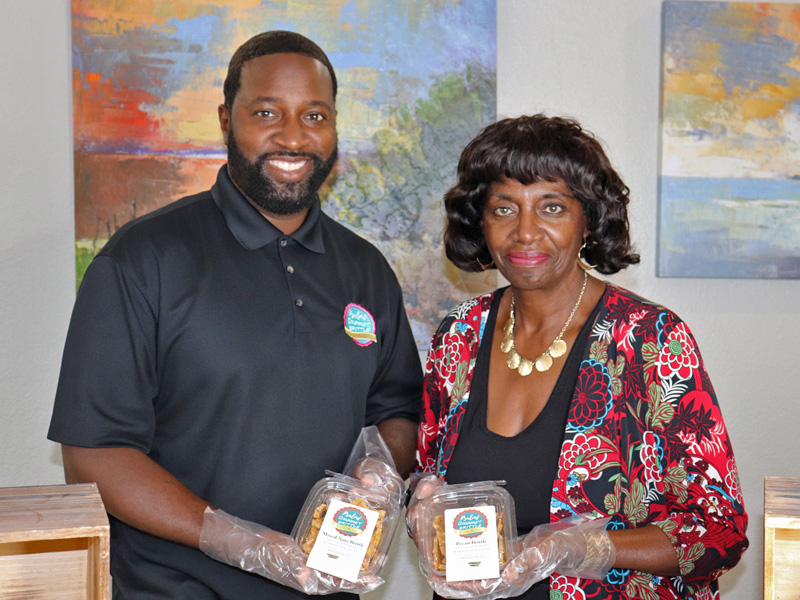 The truth of the matter is, the brittle came about as a result of taking home economics in middle school, and then being able to spend time in my grandma’s kitchen preparing meals and baking cookies.  My family would taste my cookies and say “MMM, this is good!”.  Their comments validated my efforts and motivated me to further explore baking. So that’s how my love for baking really got started, in my grandma’s kitchen, where she would let me assist and peep over her shoulder to see what she was doing. I still recall those special times, when I dreamed that one day, I would be able to do that, cook and bake like my grandma! And now here I am, six decades later with  a little granddaughter in my kitchen, looking over my shoulder asking “Grandma, can I help you?” – Psalms

The first brittle flavor that was made was the Peanut brittle. Next, they received a request for Pecan by a repeat customer. Shortly after, Mixed Nuts was created. Now, they are branching out to more flavors for the holiday season like Almond Chocolate Coconut, Cashew, Banana Nut and Yam Pecan brittle.

Find the top three flavors at both Rollin’ Oats St. Pete and Rollin’ Oats Tampa. Be on the lookout for the specialty flavors for the holidays. They make a wonderful, tasty gift! 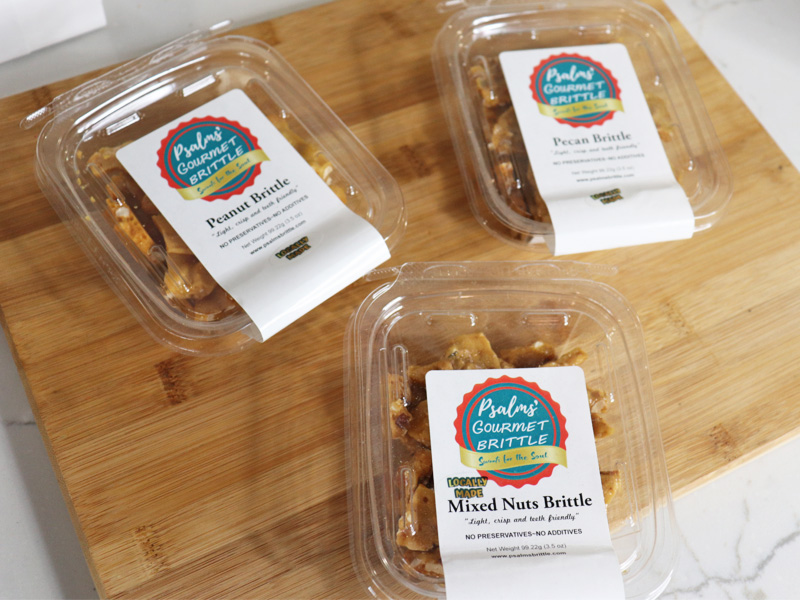